The following students and staff were recognized during the Points of Pride ceremony held at the School Board Meeting in October 2021. 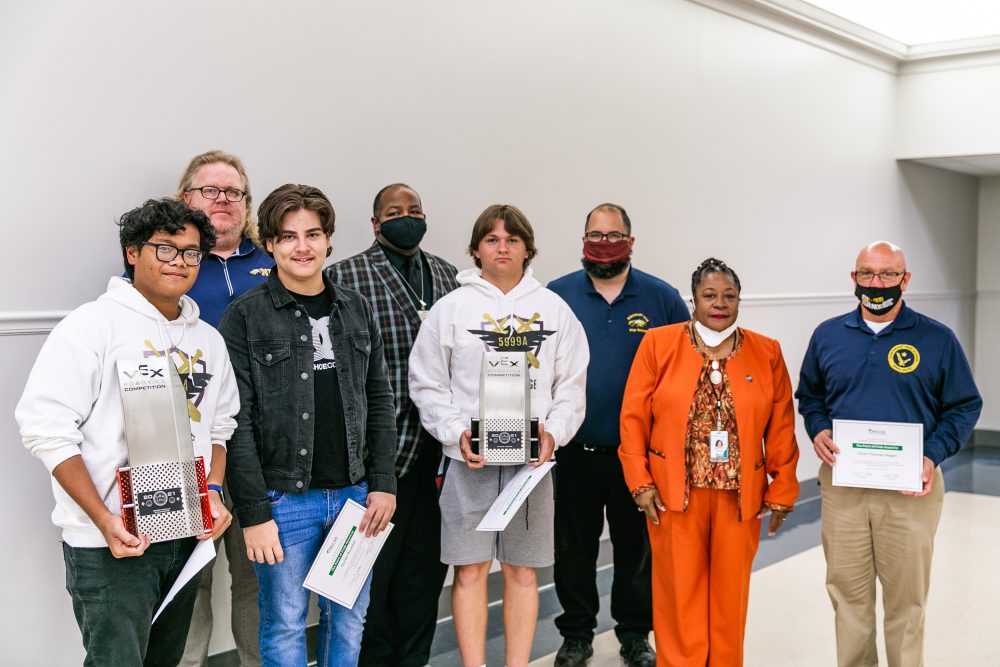 Team 5999A participated in the Remote VEX Worlds JROTC Division competition. This division was comprised of 23 teams throughout the nation that were also associated with a JROTC program. The students conducted an interview with judges before the competition. Within this judging, team 5999A received the Judges Award; an award that is given to a team that deserves special recognition. They then ran their robots through a skills competition where they had three one-minute attempts at driver skills and three one-minute attempts at programming skills. This team performed extremely well and they maxed out driver skills with a 126 and had a programming skills score of 67 for a total of 193 points. With that score, this team was awarded the VEX Worlds JROTC Division Robot Skills Award; the award for having the best-combined skills score amongst all competitors. This team continues to strive to achieve their best and they are excited to continue to compete in the 2021-2022 VEX Robotics season. 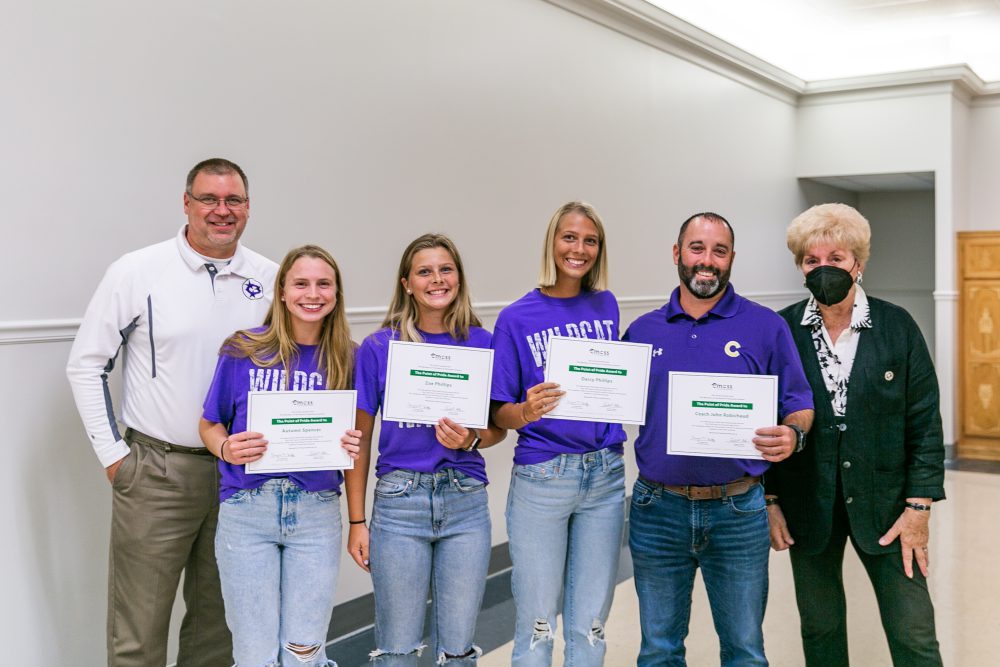 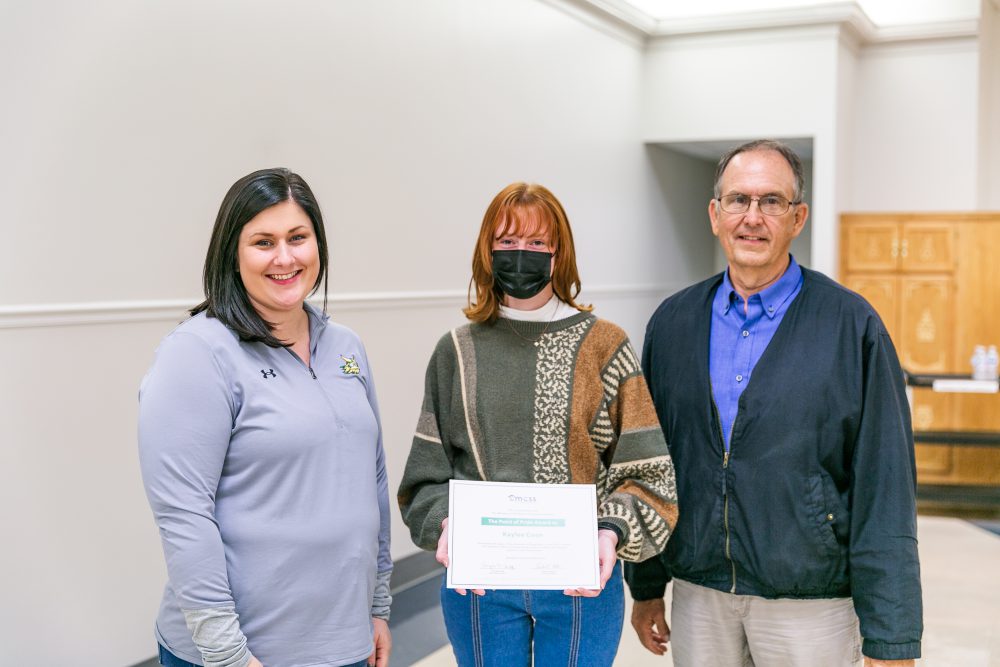 Cadet Major Kaylee Coon was one out of 65 Army, Navy, Air Force, and Marine JROTC Cadets to receive the prestigious Legion of Valor Bronze Cross for Achievement award out of over 500,000 Cadets across the Country. C/MAJ Coon received this award due to her outstanding academic performance and incredible leadership ability. She has maintained a 4.0 GPA and an academic average that is over 100%. Major Coon is the Executive Officer for the Viking Battalion at Northwest High School where she leads with distinction. She is the Commander of her Color Guard that has won numerous competitions, including at the Brigade level. She led her JROTC Academic team to the Nationals in Washington, DC where they finished 16th out of over 1,500 teams across the country, putting them in the top 1%.

The Military Interstate Children’s Compact Commission (MIC3) Tennessee has bestowed the Tennessee Purple Star School Award to 11 CMCSS schools. In fact, 11 of the 18 total schools awarded this year are from the Montgomery County community.

The Tennessee Purple Star School Award was designed to highlight military-friendly schools that show a major commitment to serving students and families connected to our nation’s military. Awardees receive special recognition to display in their buildings. A school must reapply every two years to maintain the recognition status. Schools are eligible for the award if they have a point of contact within the school that has completed a professional development component specific to the needs of military-connected students. The school website must contain a page that provides resources for military families. The school then chooses an additional activity that aligns with the school’s population and goals. For families, the designation will help guide them to schools that have supports in place. 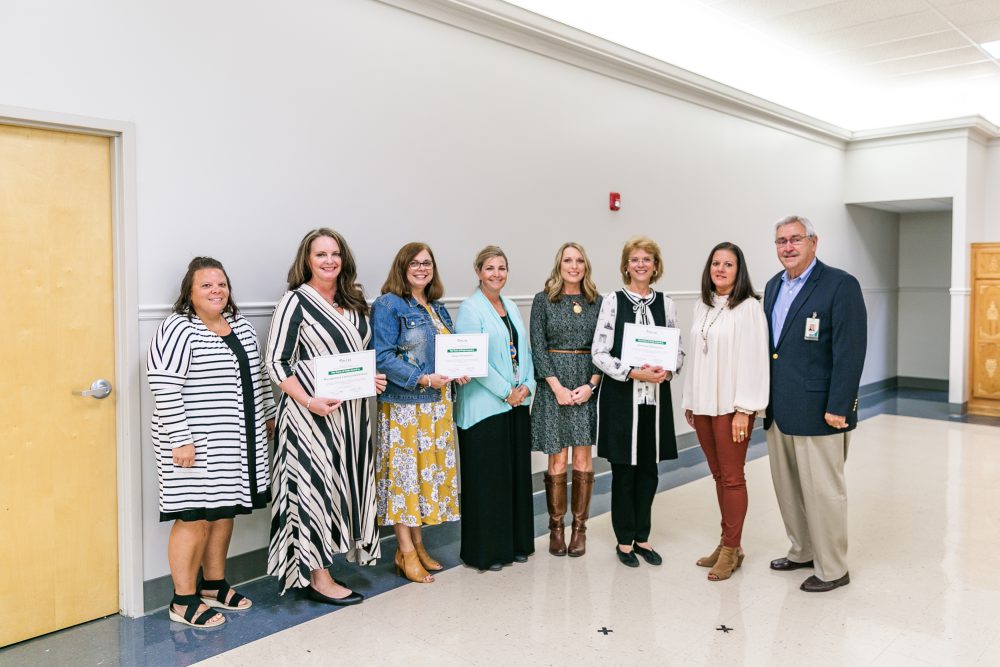 These schools were all awarded the designation due to their student success in achievement and growth. This designation indicates that these schools performed in the top 5% of the state. In other words, these are 3 of the top 90 of over 1,800 schools across Tennessee.

Congratulations to the students, faculty, and staff at Montgomery Central, Rossview, and Sango elementary schools for this amazing achievement during arguably one of the most difficult years.